Change a habit in 21 days, myth or reality

It is very common to find information that argues that if you get 21 days to establish a new habit, this habit will already acquired. For example, stop smoking, avoid junk food, start an exercise routine, not stay up late watching social networks or internet, but this does not happen by magic.

The main objective of our brain is analyze, in order to act effectively and quickly with minimum effort, is very thrifty so the day is spent looking for shortcuts to rest as soon as possible.

To achieve this goal the brain has a strategy called routine. By repeating the routine it allows us to learn and that is leaving that information in our memory, so that some learning become a habit and act in certain situations automatically without thinking.

Good habits and routines should take care to keep them.

One of the fathers of modern psychology, Dr. William James, explains that there are two kinds of habits: innate and learned. Innate or learned habits can not be changed, but it can only be replaced by a different habit. Habits have a very important role in the life of every person, by simplifying the steps necessary to achieve a particular result and make such steps more precises. They also make conscious attention devoted to the implementation of these acts is less, automating behavior and making it more fluid.

When we are born, our brain has not learned anything yet, but already has a routine biological cycle of sleep and wakefulness, hunger and eat, etc., that routine allows us to start learning.

Early learning as the control posture, walk, talk, use your hands, etc., we make for repetition until our brain automated. When we started to walk, it took us a whole year to acquire the necessary skills: perceive, control, posture, coordinate different parts of the body and when we finally got the first steps, we had all our senses and all our concentrated on this difficult body task.

The brain can not stop learning and use previous knowledge to add new ones. For example, with consolidated control with repeated practice of walking movements, create the basis for developing other motor skills such as running, dancing, climbing, swimming, jumping, playing an instrument, biking or learning any sport. These are things that no longer will never forget learnings that will be difficult to erase from our brain.

There is a difference between a habit and learning a motor task, because the habit is much more complex, although the routine repetition is at the base of both habits also include motivation and reward.

Motivated by a desire, we repeat again and again conduct that brings us a reward. So, without thinking and without effort, we create a habit.

About how much it takes to acquire a new habit, an interesting study from University College London found that can vary greatly, between 18 and 254 days, depending on the complexity of the habit to be acquired, but most people get to 66 days on average. In the preface to his 1960 book ‘Psycho-cybernetics’, Dr Maxwell Maltz, a plastic surgeon turned psychologist wrote:

‘It usually requires a minimum of about 21 days to effect any perceptible change in a mental image. Following plastic surgery it takes about 21 days for the average patient to get used to his new face. When an arm or leg is amputated the “phantom limb” persists for about 21 days. People must live in a new house for about three weeks before it begins to “seem like home”. These, and many other commonly observed phenomena tend to show that it requires a minimum of about 21 days for an old mental image to dissolve and a new one to jell.’

How anecdotal evidence from plastic surgery patients came to be generalised so broadly is unclear.  One possibility is that the distinction between the term habituation (which refers to ‘getting used’ to something) and habit formation (which refers to the formation of a response elicited automatically by an associated situation) was lost in translation somewhere along the line. Alternatively, Maltz stated elsewhere that:

‘Our self-image and our habits tend to go together. Change one and you will automatically change the other.’

Perhaps readers reasoned that, if self-image takes 21 days to change, and self-image changes necessarily lead to changes in habits, then habit formation must take 21 days. Although ‘21 days’ may perhaps apply to adjustment to plastic surgery, it is unfounded as a basis for habit formation.

How to create or change a habit?

When something arouses our interest, it is easier to learn. Studies have shown that curiosity increases brain activity in the hippocampus (the main store memory) and in circuits reward-related, increasing interactions between them.

The first step is to set the changes we want to make positive, what we want to get. For example, instead of thinking about quitting smoke, we can replace this habit for another, as a start a new exercise routine, that requires having a good physical condition which is opposed to a smoker. Instead of avoiding junk food, substitute for eating different vegetables every day. Instead of not staying for a long hours on internet, read a book that excites us. So you acquire a good habit, replacing with the bad.

Our brain does not understand the word NO. If you tell not think of a flying cow, the first thing it will do is just that, imagining the cow.

We must reprogram the brain to focus on what you have to do, wenever focus on what not to do.
The brain is an organ and every learning moldable reconfigures every time we learn a new habit, the physical structure of the brain establishesnew connections in the neural circuits.

According to psychologist William James, the steps you must follow tocreate or change a habit are the following:

"To achieve the acquisition of a new habit, or abandonment of an old one, we must throw with as strong and resolute initiative possible. We must try to concatenate all circumstances that could strengthen the right targets. Creates a context that enhances your new path, acquires commitments incompatible with the old habit, make a public commitment, if the occasion permits. In summary, surrounding your decision to Supports all that come to mind. "

For example, if you're going to start a healthy diet, avoid buying junk food at the supermarket, so to not have it on hand, will be of great help when cravings come, do not be tempted just steps away.

"Do not allow any exception until the new habit is actually implanted in your life. Each relapse is like dropping curled you're trying to roll; a simple oversight manages to undo many of the turns that you spent hours rolling. Continuity of training is the key that causes the nervous system to function infallibly ... "

3. Motivation: remember what for or why you want to adopt the new habit.

"Take advantage of every opportunity to act in accordance with the changes you decide to do, and every emotional incentive that you experience, to guide you to the habits you aspire to acquire."

For example, you've been on a diet for 2 weeks and you notice that your clothing is more loose and comfortable, remember that positive emotion to keep you motivated longer. 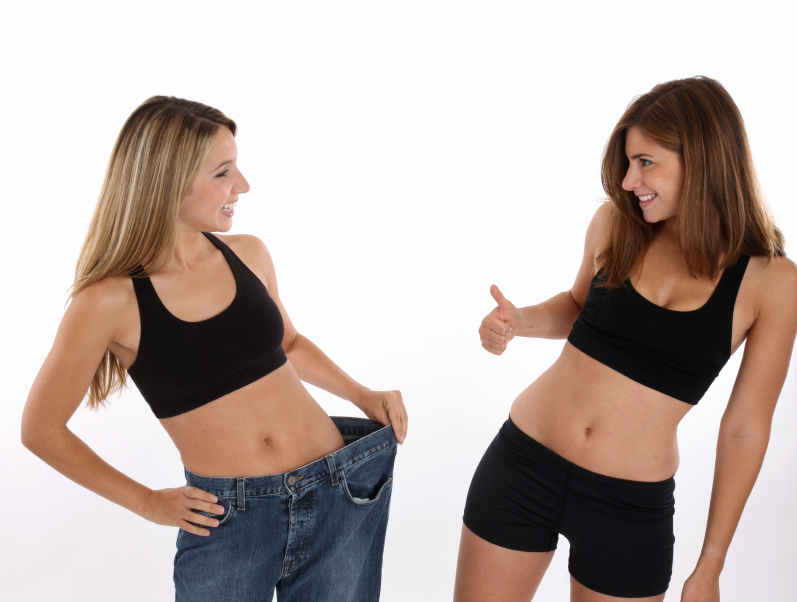 Even though we now know that it will not take only 21 days to acquire a good habitit is comforting to that we can do in 66 days on average, when maybe that bad habit has accompanied us for many years or most of our lives.