How to know what kind of yoga is best for me

Nowadays there are many options of yoga and when we are beginners is very confusing knowing how to choose.

Yoga is a practice performed for 5000 years, every day becomes more popularity and has spread over many countries around the world, because of its many benefits and it is a discipline accessible to many people.

Yoga continues to evolve through the years, to meet the needs of each individual.

Today, there are different forms of yoga, which have been developing from the traditional yoga initiated in India.

Each type of yoga has its own unique characteristics, some techniques are similar or have the same bases, and some focus on specific benefits.

It depends on the skills and physical condition of each individual, as well as previous experience and the specific needs of each person.

The following list is a general explanation, of the main types of yoga that can be found in gyms and schools dedicated specially to teach yoga.

Hatha Yoga is a form of rather slow and gentle Yoga that focuses on simple postures and movements. This type of yoga is a good start for beginners in the practice of yoga.

The goal of Hatha Yoga is to unite the mind, body and spirit.

Hatha yoga unites breathing with movement, balance of opposites and cleaning and revitalizing the body's energy channels. Today the term is used to simply call a practice of slow and deep positions.

It is a very good introduction to yoga, it is the basis of other styles of physical yoga. Patanjali, the great yogi who lived 200 years BC, defined ashtanga yoga as the path to self-realization of being.

This yoga has elements of hatha, raja and vinyasa in essence. Emphasizes the physical aspect of yoga, that is derived from hatha yoga, but unlike the slow pace of this, ashtanga yoga is based on postures and fluid movements, linked to breathing (vinyasa style) and constitutes a system of vigorous and demanding series.

Besides vinyasa system, other elements are essential to the practice: Ujjayi breathing (pranayama), bands (energy locks), the dristi (gazes) help the practitioner to concentrate and increase energy along practice.

Anusara Yoga is a modern school of yoga created in 1997 by John Friend.

It is a strong practice of Hatha Yoga combined with Tantric philosophy that is symbolized as a "celebration of the heart".

The emphasis of this new school is a set of "Universal Principles of Alignment" which are based on the postures, poses that "open heart" and spiritual and meditative benefits of Hatha Yoga.

It involves certain fluid movements and allows the use of non-conventional elements such as wall, bands or group work. It has a loving and expansive approach, since it sees the goodness in all beings.

Nowadays Anusara yoga is one of the most popular styles of yoga and fastest growing in the world, with more than 1,200 affiliated teachers and 100,000 students around the world.

It is a rather new style. It was created by billionaire Indian guru Bikram Choudhury, who founded the first school in 1972 in San Francisco, USA.

It consists, of a sequence of 26 asanas (postures) of Hatha yoga that come and work the body as a whole, and incorporates two exercises of Pranayama (breathing).

It is performed in a room heated to 105 degrees Fahrenheit.

Each position is performed twice and held for specific amount of time. A typical Bikram yoga session starts with standing postures, continues with positions that require bending the back backwards and forwards. At the end of the class, a breathing called Kapalabhati is performed.

This type of yoga was created by the guru B.K.S. Iyengar, who still directs and teaches at the Iyengar Memorial Yoga Institute Ramamani in Poona, India.

Your system is technically and spiritually based on the classic Hatha yoga and integral discipline of the teacher Patanjali, so it is rooted in the ancient yogic tradition and includes both a system that includes other practices, as a spiritual goal.

It is suitable for people of all ages.

In the practice of Iyengar Yoga different holders are used: wood blocks, blankets, belts, cushions, ropes and chairs, among others. These holders are intended to deepen the understanding of the positions to intensify their actions and help develop or regain mobility, flexibility and strength of the practitioner as well as help in case of limitation for positions and get the maximum benefit from they.

One of the features Iyengar yoga has, is that it is a focused body alignment in each posture practice, uses about 200 traditional asanas and 14 pranayama exercises, grouped into sequences and certain categories, depending on the level of each student.

Kundalini Yoga is a spiritual school of yoga that is ideal, for those inclined to meditation and seeking a higher state of consciousness.

Kundalini is the name that is known to the energy that lies dormant at the base of the spine. This style of yoga seeks to awaken this energy (compared as a 'sleeping snake') thereby releasing the latent power, that each and every one of us locked ourselves, while we get in touch with our true selves.

Through the practice of postures combined with breathing exercises pranayama, energy locks (bandhas) and mudras, seeks to open and balance the chakras to prevent and heal physical and emotional ailments.

Kundalini Yoga covers several techniques: mainly use postures, breathing exercises, meditation and mantra repetition, to awaken the human being to a state of wholeness.

For a long time it was passed narrowly, from master to disciple, until a Master of Kundalini Yoga known in the West as Yogi Bhajan came to America in 1969 driven by the intention to freely teach this technology as a useful tool for humanity in general to face the changing times we are facing. 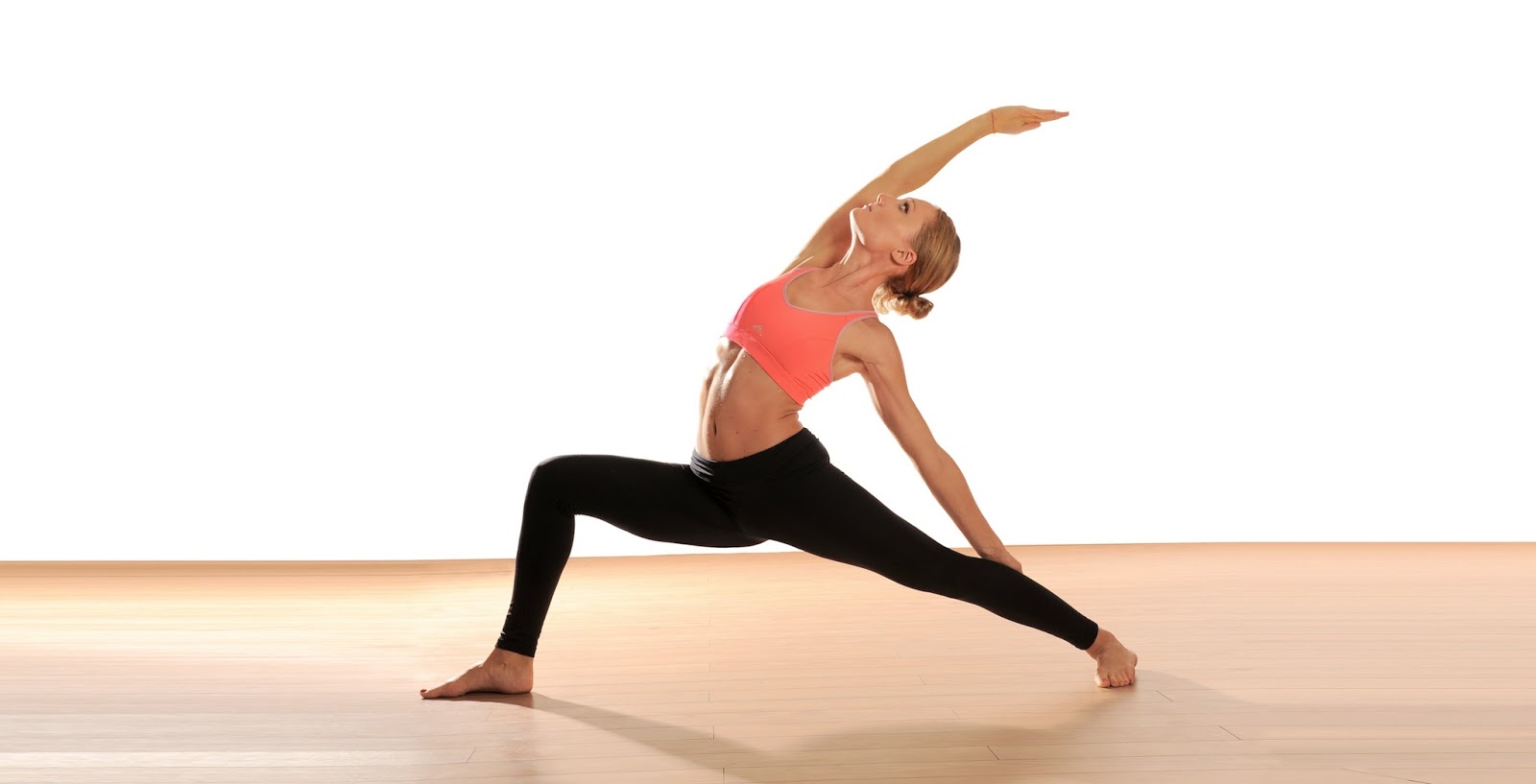 Vinyasa is the Sanskrit name given to the link between breathing and movement. Although this connection is an inherent part of the practice of asanas in yoga (because all involve a conscious breathing and controlled) the vinyasa is unique in that encompass every movement with an exhalation, retention and exhalation, which makes dealing with fluid movements.

Vinyasa Yoga has become more popular style of yoga in the West, than traditional slower hatha yoga, it does not necessarily represent a school.

Vinyasa Yoga classes are similar to the practice of Ashtanga Yoga intensity, but Vinyasa classes are always different.